lwlvls is an imprint helmed by Jakub Alexander, otherwise known as Heathered Pearls. In his past, Jakub has worked with artists such as Tycho, Com Truise, and many more under the Ghostly International banner. As per Jakub, "I am excited to be bringing this project to life, powered by Symphonic Distribution to not only release great music but, to donate to a cause that is important and special to me”.

lwlvls distributes music and creative visuals from artists and producers to outlets such as Spotify, Apple Music, TIDAL, and more. Submit a demo (this form) and we’ll have it under consideration for release. Anything approved by Jakub Alexander will be automatically released and you will be donating a portion of your art to the Badass Animal Rescue, a charity aimed at rescuing BADASS dogs from high-kill shelters in the rural South and finding them great forever homes. 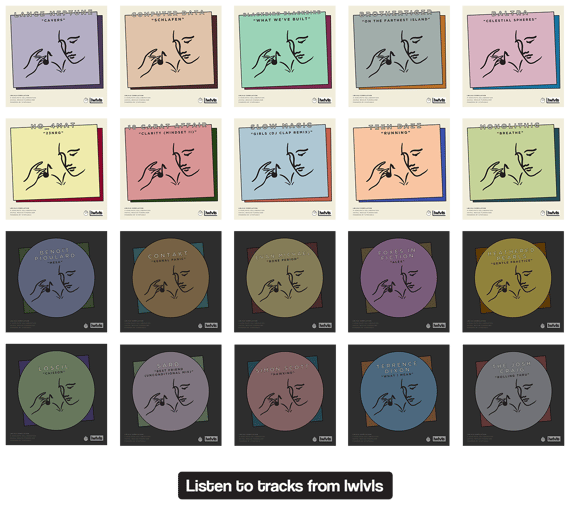 Why is this project happening?

The team at Symphonic understands artists better than anyone. We created the “Sleev3s” project as a way to have in house record labels, helmed by talented and experienced artists to help develop a new breed. We wanted to provide an outlet for artists to not only earn direct income (without having a middle man of distribution get a percentage from Spotify, and others) while also, contributing to charity. On top of that, we are putting our experienced team members, curators and label owners such as Jakub Alexander (Heathered Pearls) to the forefront so artists can get the direction creatively from some of the most experienced individuals in the game.

What is the catch?

There is no catch. Every artist submitting a demo will be reviewed by Jakub Alexander himself. If he digs it, you will be opted-in to release that song with “Sleev3s" and in specific “lwlvls”. Each release will receive its own release cover, dedicated marketing in the form of playlist pitching, social network mentions, and much more. In addition, and best of all, a huge portion of the royalties will go to Animal Rescue charitable organizations. Your demo = a donation on top of you receiving the bulk of the royalties from your submission (70%).